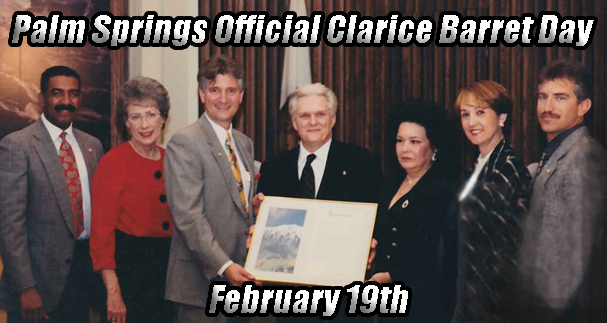 Dr. Clarice R. Barrett, Msc. D., (Author of 23 e-Books) Renowned, Award Winning Mystic, Astrology/Numerology/Existentialist, and Lecturer, Newspaper Articles, Radio and T.V. Speaking, with 4 decades of Experience.  Including, the Astrology and Numerology, monthly columns for the In Times, Metaphysical Magazine. The longest running Metaphysical Publication, in Las Vegas, Nevada, Voted Top 10 in her Industry in the world. She is listed with the Library of Congress and Smithsonian Institute for her visionary products.
​
This author understands the Technology of the Ancient Arts and how to optimally use the law of attraction to live “The Secret”, and attain our ultimate purpose. Clarice has many years of expertise in the higher realm of consciousness, “The Metaphysical Realm”, also known as the Sacred Cosmic Laws of Geometry, Science and Spirituality, “God”. She is an Author, and Esoteric Christian, (Ancient Hebrew teachings). She is a Spiritual Mystic, Empath and Intuitive, since birth, and a child prodigy which she carries the knowledge of the Ancient Mysteries. Since the age of 15, she has been an Existential Researcher, analyzing man’s existence and purpose. Her knowledge also covers Ancient Spiritual Astrology and Numerology. In addition, she has been recognized as a visionary inventor of 3 solar electrical products. One of Clarice’s well known teachers is, Prof: Stacey Dean, PMAFA, C.C.Ht. at the Academy of Metaphysical Arts & Sciences, in Las Vegas, NV. Clarice is now a widow, but continues her work for the betterment of mankind and man’s connections to “God and Christ,” along with all the mysteries. You will find unequalled knowledge in her books, and she has received many awards for her visionary work. She has performed spiritual readings for VIP’s around the world, and is available to all those who seek higher wisdom.

“Award of Merit of Excellence 97”